This week, the new, illustrated edition of Michael Pollan’s Food Rules is being published. For those of you unfamiliar with this gem of a book, it contains 69 fantastic “food rules”, many of which are common-sense ones we’ve all heard before, but seem somehow to have forgotten in this era of fast food and hyper-eating.

The best-known (and one of the most controversial) is what I call Pollan’s Golden Food Rule: “Eat food. Mostly plants. Not too much.”

Here, he means “real food”, as another rule explains: “If it comes from a plant, eat it. If it is made in a plant, don’t.” And eating real food requires, according to Pollan, following another, simple rule: “Cook.” In other words, don’t eat processed foods or, as he puts it, anything that someone needed to be wearing a hairnet and gloves to make.

Now, most of Pollan’s rules are aimed at adults (although he has produced a children’s version of The Omnivore’s Dilemma, which I can’t wait to read with my daughters when they’re a bit older). But some of the rules could apply equally well to kids. Take, for example, some of the new rules he has added to the illustrated edition of the book:

Food Rule #4. If You’re Not Hungry Enough to Eat an Apple, Then You’re Probably Not Hungry.
This is a great rule I use with my kids…and it often works! Either they eat the apple (or whatever fruit I’m offering), or they stop asking.

Food Rule #5. “No Labels on the Table”.
Research shows that food marketing has an enormous impact on children (and can influence them even more than their own parents, as I wrote in a recent blog post on marketing). I read this rule to mean no ads, no commercials, wherever possible. The high degree of influence which marketing has on kids suggests to me that they need Food Rules even more than adults. But, in our culture, parents and teachers are often reluctant to impose these rules.

Food Rule #6. Don’t Become a Short-Order Cook.
Pollan’s explanation of this is so insightful: “When kids learn to think of the dinner table as a restaurant, they’ll eat the way most people do in restaurants: too much. For adults as well as kids, eating whatever is being served is generally a good policy, unless religion or allergy prohibits doing so. The food industry promotes hyperindividualism in eating—giving people exactly what they want exactly when they want it—because doing so helps them to sell more food. It also leads to overeating. When we eat what is served, rather than what we might order or crave, we tend to eat more moderately.” We apply this rule in our house as follows: “No substitutes: Kids eat what adults eat.” Sounds a little harsh, but it works.

Now, I’m not sure Pollan’s rules are always a good idea for families. For starters, there are too many of them (how can a busy parent possibly remember them all?). And I’m not sure they capture some of the key issues that parents face with respect to picky eaters, fussy eaters, peer pressure, etc. But they’re a great start. And they’re also a great way to start a conversation about the need for a more structured approach to eating, within our families and beyond.

So, what do you think of Pollan’s Food Rules? And what ‘Food Rules’ do you use in your family?

7 thoughts on “Do we need Family Food Rules…and which ones do you use?” 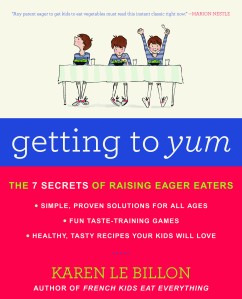 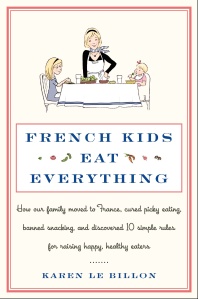 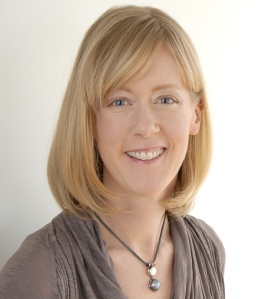